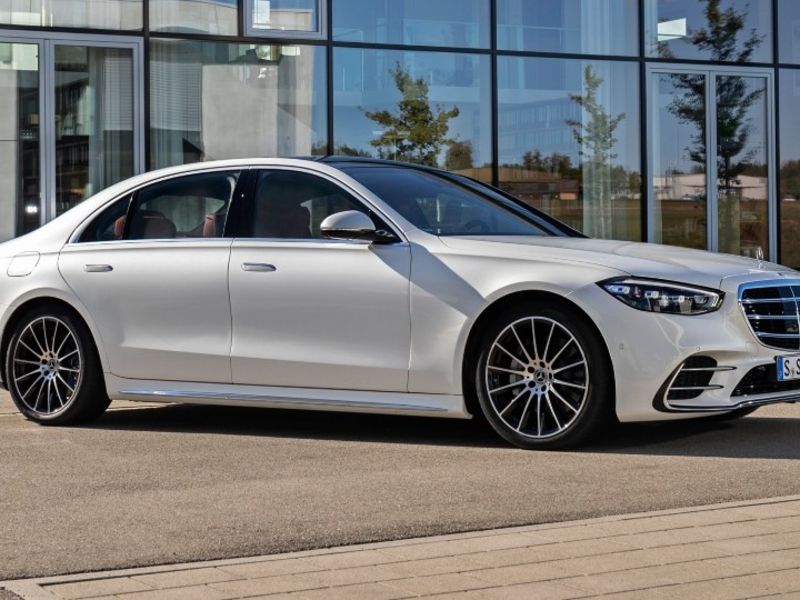 Germany’s three big automakers accumulated massive amounts of cash late last year while the market was preoccupied with the future of electric-vehicle producers.

Daimler, BMW and Volkswagen Group generated 13.3 billion euros ($16.1 billion) of free cash flow in the fourth quarter, according to Bernstein analyst Arndt Ellinghorst. He predicts incumbent automakers will play a much bigger role in a future dominated by EVs than suggested by the unprecedented valuations assigned to Tesla and the upstarts trying to follow in Elon Musk’s footsteps.

Daimler shares rose as much as 2 percent in Frankfurt on Friday. BMW and VW traded lower.

Daimler reported 6.6 billion euros of preliminary earnings before interest and taxes for last year and 8.3 billion euros of industrial free cash flow, both better than consensus. The company will release detailed results and full-year guidance on Feb. 18.

The upbeat figures added to evidence the auto industry is sustaining a recovery from coronavirus disruptions. Daimler, BMW and VW each benefited from robust sales in China in the second half of 2020 and ended a tumultuous year on a positive note.

While a semiconductor shortage might impact first-quarter results, Daimler expects positive momentum to continue this year, the company said. It cautioned its outlook is based on the assumption there will be no further lockdowns triggered by the Covid-19 pandemic.

CEO Ola Kallenius has been working to restore investor confidence in his restructuring efforts to revive squeezed margins at the manufacturer. Talks with labor unions over cutbacks at Daimler’s legacy operations are ongoing. At the same time, the company managed to sustain robust sales despite the pandemic, with its main Mercedes-Benz brand maintaining leadership of the global luxury-car segment for a fifth consecutive year.

Kallenius, 51, wants Mercedes to focus on larger luxury vehicles that generate higher returns than smaller, more affordable cars. The marque rolled out a fresh iteration of its flagship S-Class sedan that should help bolster profits this year and in a few months will launch the all-electric sibling EQS, the first Mercedes built on a dedicated technology for EVs. Daimler managed to meet stricter emissions standards in Europe last year thanks to a late surge in plug-in hybrid sales.

Daimler raised its profit guidance for the year in October after sales bounced back from the dramatic industry slump triggered by the pandemic. It expected earnings before interest and taxes to match the prior-year level after previously forecasting a drop.

Rating firm Standard & Poor’s raised its outlook for Daimler to stable from negative on Jan. 21, saying that it expects the company to increasingly benefit from “stabilizing demand, cost-efficiency measures, and favorable shifts in its product mix.”