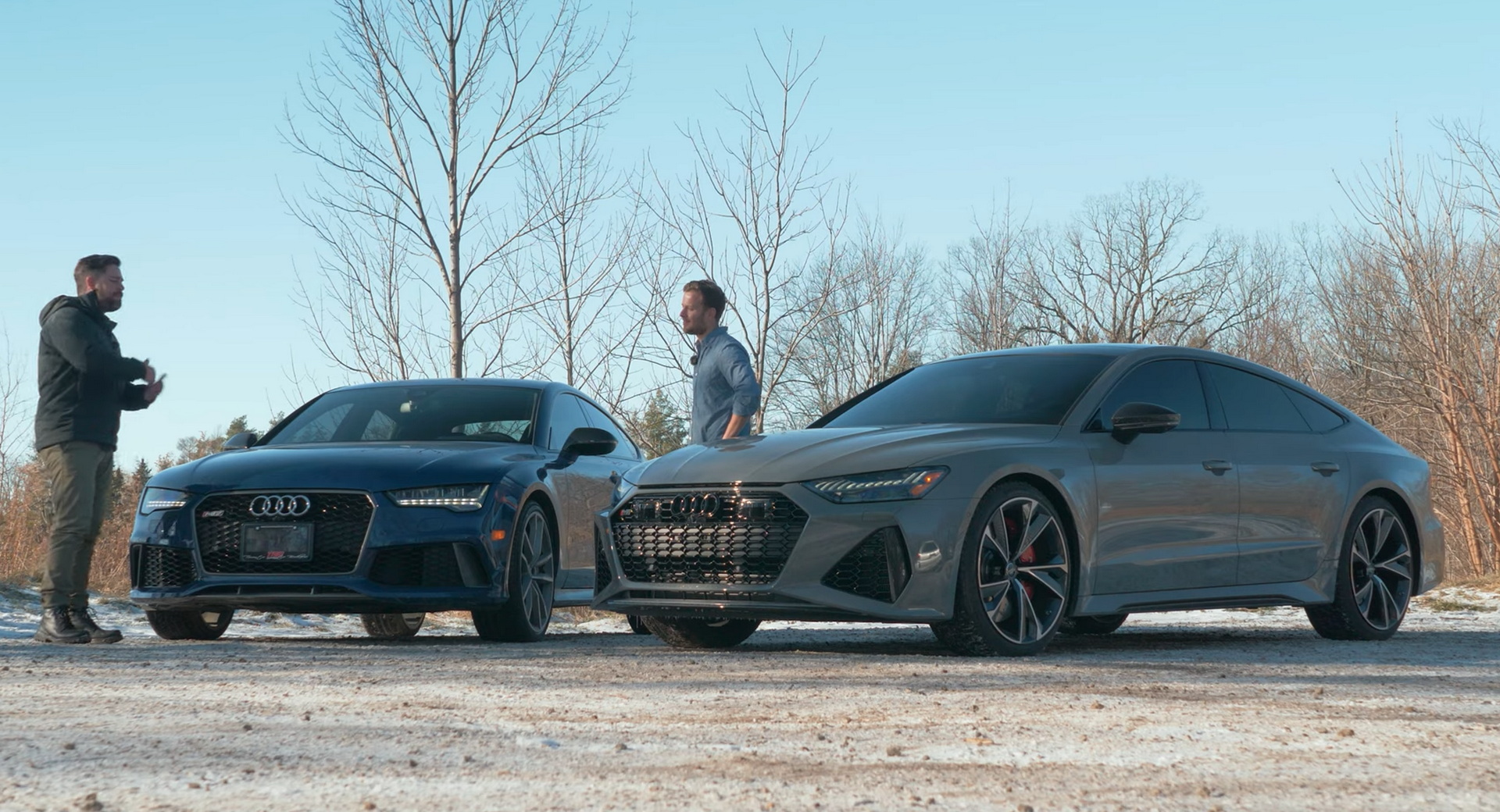 When it came out, there were a few cocked eyebrows about the C8 RS7 because the horsepower figure wasn’t actually much bigger than the old one’s. Was that skepticism warranted?

Throttle House has decided to find out, comparing the 2021 RS7 to a 2016 RS7 Performance. That tips the horsepower battle in the old one’s favor, but what about everything else?

Well, neither is exactly a track day bruiser. Both value a good time over a track time, but the old RS7 Performance does actually hit 60 mph a tenth quicker than the new one. That despite the new one making nearly 50 lb-ft of torque more.

The old one sounds better, too. Don’t listen too closely if you hate hearing cars bounce off the rev limiter, but it is admittedly a good sound. Besides japery, too, the new one is muted somewhat. Still a good sound, but just a bit less raucous than the old RS7.

So where does that leave the new car? Well, in just about every way the new C8 RS7 has been improved or updated. The word updated is important here, though, signifying things like a preponderance of touch screens and a dearth of buttons. That certainly looks more modern, but might turn away some hot blooded enthusiasts.

But, as host James puts it, the modern direction of cars that has taken some of the soul out of BMWs hasn’t affected Audi in the same way. Audi always wanted to be heavy and comfortable, so modern muscle car trends just play to its advantage.

It’s whisper quiet when it’s relaxed, it tackles corners with relentless stability, and it will absolutely demolish a highway cruise. The old RS7, meanwhile, lacks a little of that refinement. It suffers from an interior that’s even older than the model year would suggest and is, frankly, a little loud inside.