A few days ago we showed you a video from an Audi dealership in Leverkusen being filled with water during the catastrophic floods in Germany and Belgium, while yesterday, a new video was sent to us, showing a similar case in the Porsche Centre Heilbronn dealership.

Unfortunately, the situation is not over yet for the two European countries, with the death toll rising to more than 150 and hundreds of people still missing.

The video was shot yesterday by a person that wants to keep his anonymity and was widely shared in Porsche groups and on social media by TikTok user Alain Feld. Thankfully all the employees are safe, as they left before the water levels rose. 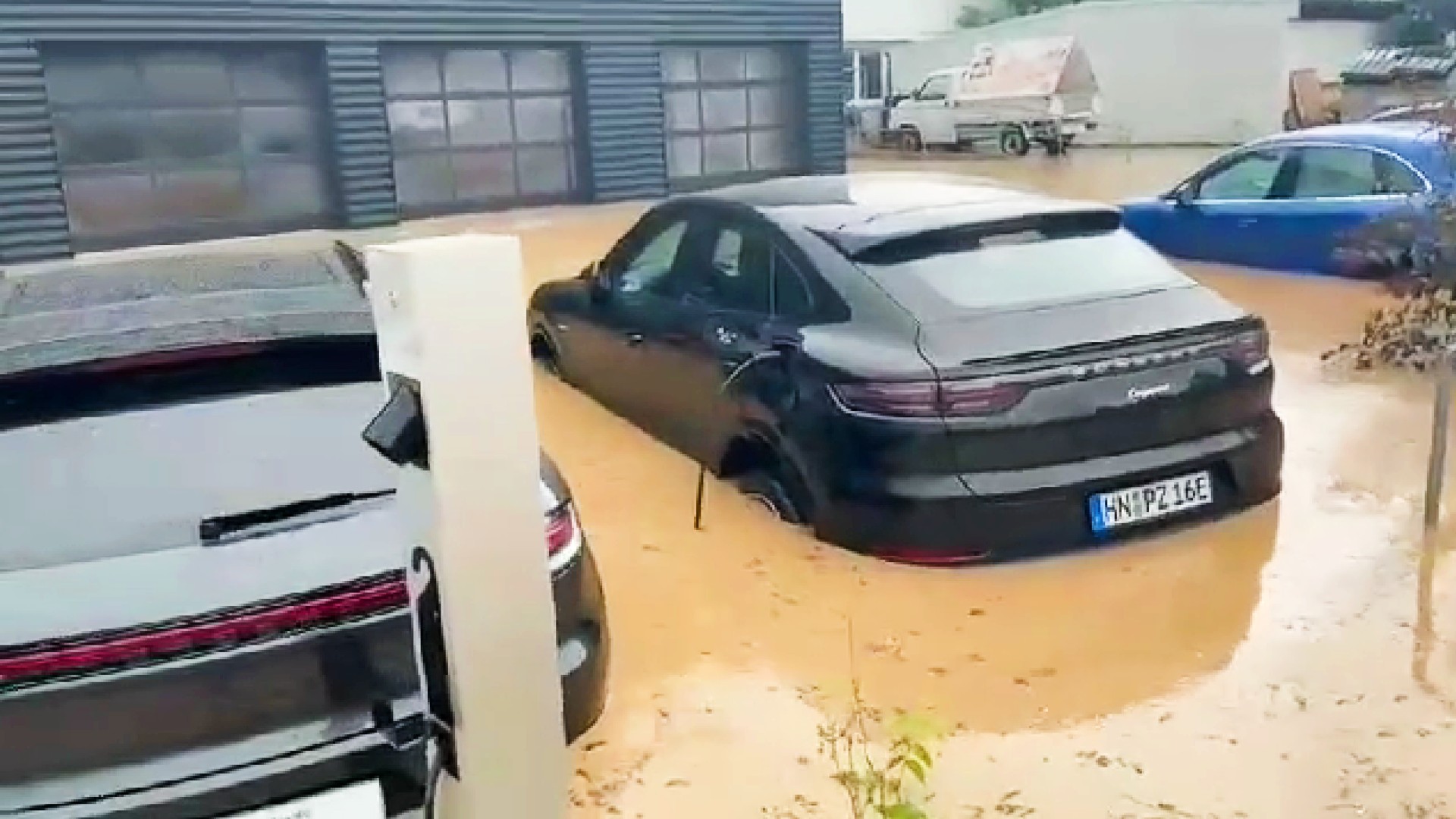 As we can see from the wheels of the vehicles, the water level on the outdoor parking space is above 500 mm (19.7 inches) and probably has found its way inside the premises. At least three examples of the Porsche 992 – including a 911 Carrera 4S Cabriolet, a 911 Turbo and another 911 Coupe – were flooded.

There are also two higher-riding Macan and two Cayenne Coupe models. One of the latter is the Cayenne E-Hybrid version as it is appearing to be connected to the charger. Finally, there is a fully electric Taycan that was parked right outside the dealership.

It seems that the flooded cars were ready to be delivered, with some of them having white protective stickers on them from the transportation. It is possible that water has destroyed the brand new cabins and we guess none of them will reach their owner. The most expensive of the bunch must have been the black 911 Turbo, which starts from €189,176 in Germany and from $170,800 in the U.S. Besides new cars, the dealership has a collection of used Porsche models and while we don’t know if those were also affected it is likely that more vehicles were destroyed.

While no one likes to see brand new cars in such a bad state, that’s insignificant compared to the human lives lost during the catastrophic floods, and also the hundreds of animals that were drowned. 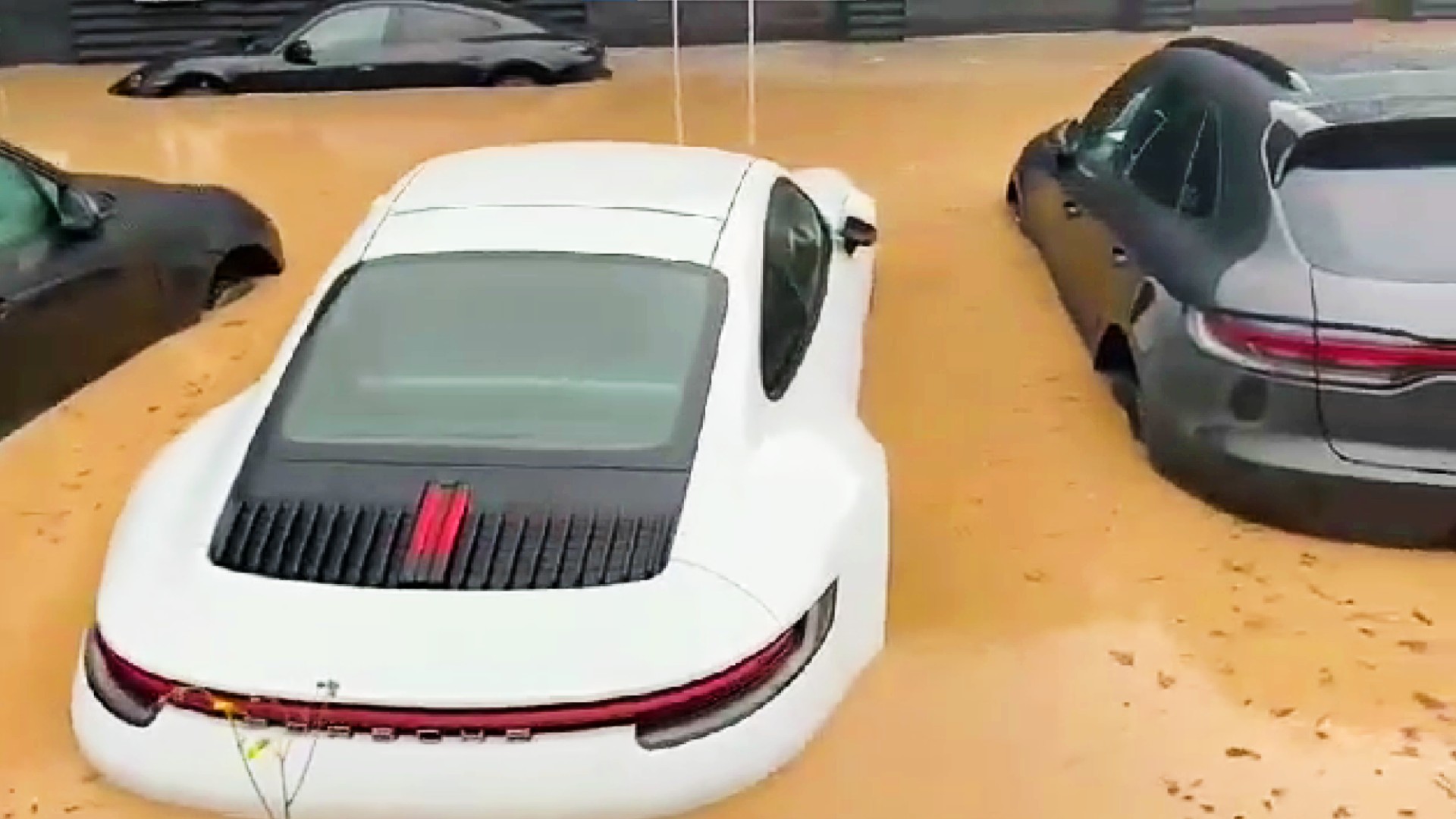