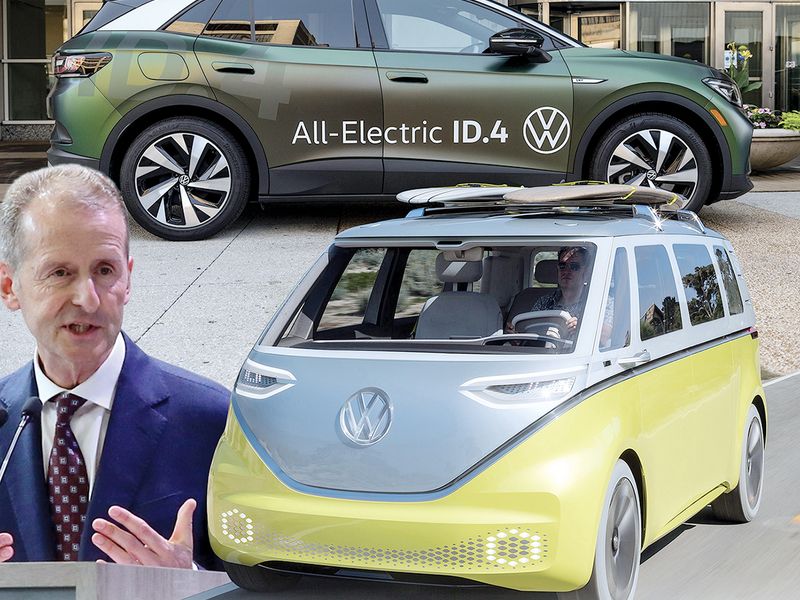 Automakers have been elbowing each other out of the way to draw attention to their electrified product plans, but the bold prognostications of Volkswagen Group’s future might top them all.

CEO Herbert Diess — who this month secured a contract extension until 2025 — laid out a vision of a much different automotive world than the one that exists today and said the group is poised to take full advantage of those changes. Last week, while unveiling a wide-ranging strategy for the next decade called “New Auto,” the company predicted:

In laying out the plan, Diess and other executives more fully detailed plans to merge VW’s two existing EV platforms — MEB and PPE — into a single Scalable Systems Platform, or SSP. The transformation will begin with a project underway at premium brand Audi called Artemis and another for its mass-market brands in progress at VW dubbed Trinity.

The company said that it would be possible in the future to “build models from all brands and segments on the SSP — more than 40 million group cars throughout its life cycle.”

The single battery-electric vehicle platform will improve scale and reduce complexity across the group’s brands, including those that operate in the U.S. Audi will begin using SSP modules beginning in 2025 in its Artemis project vehicle, while VW would begin to use the modules a year later on its Trinity project.

In terms of batteries, the company said it has developed what it is calling a “unified cell” that will be used to power a majority of the vehicles it produces globally. Those cells will debut in Europe in 2023.

For the U.S., Diess said the ID4 electric compact crossover is nearly sold out for this year, and he predicted the retro-styled Microbus concept, set to debut in the U.S. in 2023 and now called the ID Buzz, would prove popular with consumers.

“In an electrified world, we need emotional products” such as the evocatively styled ID Buzz, Diess said. “It really adds something for the brand that so many of our competitors don’t have.”

Diess said the brand is currently “reworking” exactly which EVs it will offer in the U.S. beyond the ID4 and ID Buzz, but he said that with contributions from Audi, Porsche, Bentley and Lamborghini, sales would lift the group’s U.S. market share.

During the presentation, executives revealed that VW planned to renew its modular ICE-powered platform, called MQB, for another life cycle as it projects sales of fossil fuel-powered vehicles to decline as much as 20 percent worldwide by 2030.

Diess also confirmed that the company planned to introduce a Level 4 autonomous-driving-capable vehicle by 2026 in Europe with the Artemis project, which would be available later in the U.S.

Asked about how it plans to overtake Tesla in areas where the U.S. company has a wide lead, Diess said VW’s global scale and its brands give it the opportunity.

“We are already deeply industrialized. I think it’s an advantage to have different brands … we can address a much wider range of customers,” Diess said. “Scale-wise, we should have advantages over Tesla for sure. This industry is also really consolidating toward very comparable solutions. The [electric motors] are becoming similar, the concepts are becoming similar. Now we are in second position, but now until 2025, we should have a good chance to overtake.”